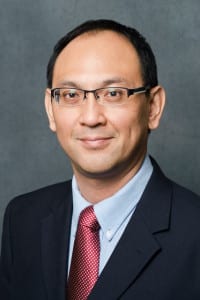 Instead of focusing on a single study, this talk will discuss the role of ideology in American politics and society as examined by the speaker throughout his research. Ideology, often operationalized as a liberal-centrist-conservative continuum, is a consistent predictor of various forms of discrimination (such as racism, sexism, and homophobia) and political partisanship. It is also connected with the use of various types of media, as well as attitudes – such as distrust – toward the media. The dimensions of ideology, the different analytical approaches used by the speaker to study its effects, and his future research plans, will be explained.

Tien Tsung Lee is a professor and the Head of the Department of Communication, FSS, at the University of Macau. His research interests include media credibility and trust, media uses and effects, race and gender issues, and political communication. His publications have appeared in Communication Research, Journalism and Mass Communication Quarterly, Journal of Broadcasting and Electronic Media, Newspaper Research Journal, American Behavioral Scientist, Journal of Homosexuality, and Asian Journal of Communication. He joined UM in January 2020.