In this talk, Prof. WU will present a co-authored paper that examines the 2016 Diba Expedition to Facebook, a mass collective organized campaign directed at independence leaning Taiwanese individuals and institutions. We approach the campaign as an example of memetic communication through a highly organized meme war between users from the Chinese Mainland and Taiwan on Facebook. This campaign was prepared in advance and began at 7pm Beijing time 20th January 2016. It was organized through various servers and VPNs and supported through pre-generated banks of ready-to-use memes and nationalist texts along with official rules of engagement coordinated across different platforms. In the analysis, we drawn on forms of multimodal discourse analysis to examine the different stages of the nationalist campaign from the preparation, the rules of engagement, the weapons and battle lines, as well as the evolving and creative tactics employed during the memetic communication. The analysis highlights the ways Chinese users mobilize multimodal elements of political propaganda and popular culture as well as cross-platform creativity to mount an online nationalist campaign directed towards a particular target outside China with the state government initially turning a blind eye to the practices of evading Chinese online censorship.

Xiaoping Wu is Associate Professor in the ELLS Programme at BNU – HKBU United International College. She has published extensively on social media discourse studies, media and translation studies, and intercultural studies. Her recent work has appeared in SSCI and A&HCI journals such as Social Semiotics, Discourse Studies, Media, Culture & Society, Discourse, Context & Media, Language and Intercultural Communication and Babel. She is a member of the Editorial Board of Discourse, Context & Media and is currently guest editing, with Richard Fitzgerald and Todd Sandel, a special issue of Discourse Context & Media on Chinese social media due in December 2021. 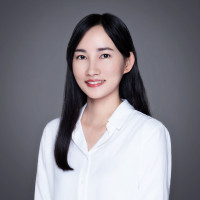