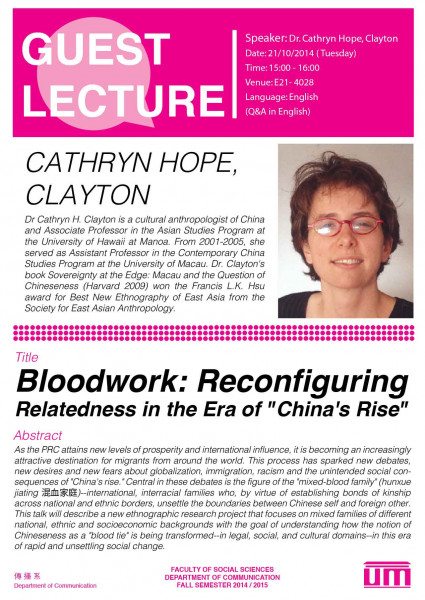 As the PRC attains new levels of prosperity and international influence, it is becoming an increasingly attractive destination for migrants from around the world. This process has sparked new debates, new desires and new fears about globalization, immigration, racism and the unintended social consequences of “China’s rise.” Central in these debates is the figure of the “mixed-blood family” (hunxue jiating)– international, interracial families who, by virtue of establishing bonds of kinship across national and ethnic borders, unsettle the boundaries between Chinese self and foreign other. This talk will desribe a new ethnographic research project that focuses on mixed families of different national, ethnic and socioeconomic backgrounds with the goal of understanding how the notion of Chinesesness as a “blood tie” is being transformed–in legal, social, and cultural domains–in this era of rapid and unsettling social change.